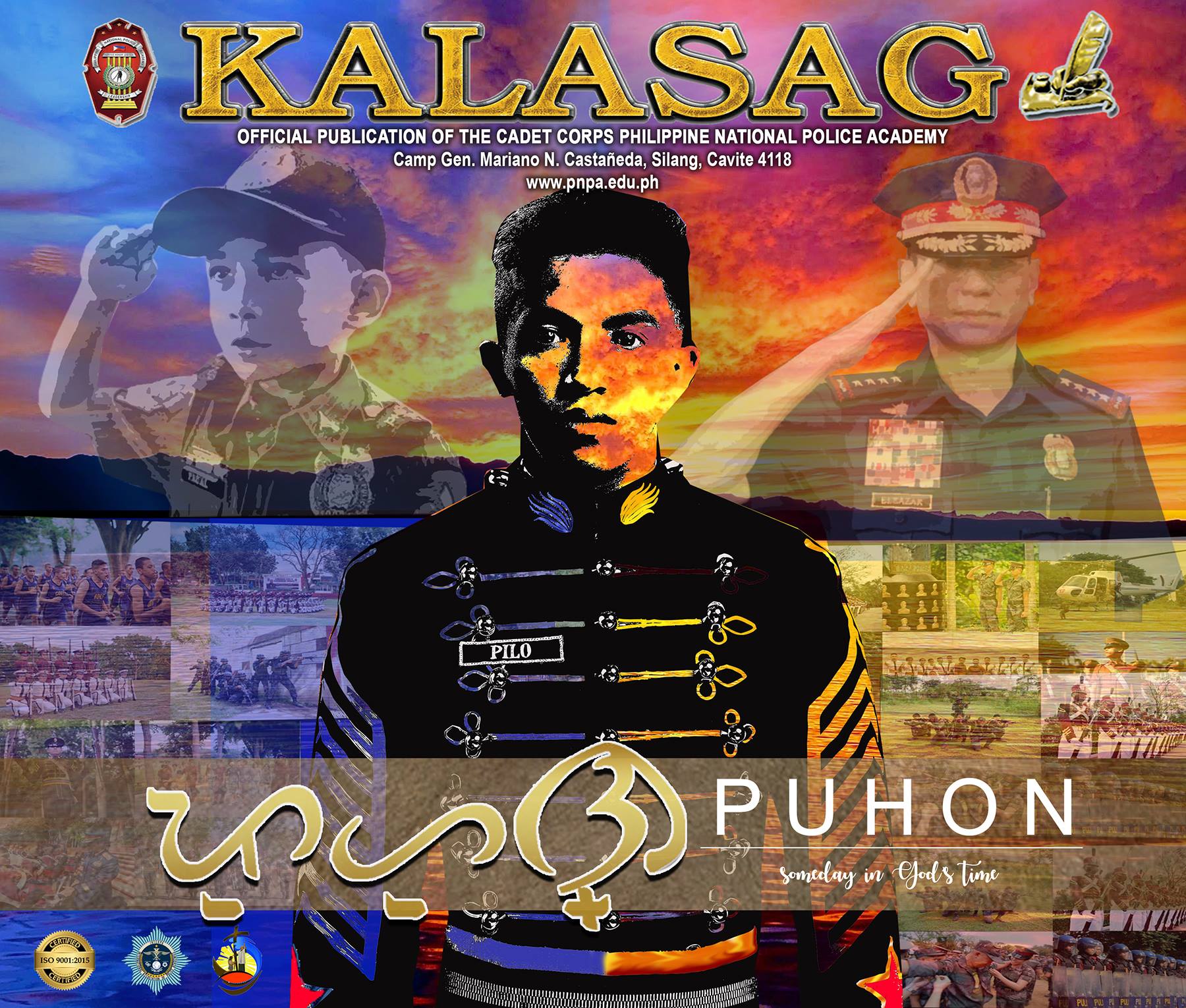 The Highest Institution of Excellence and Discipline in the Philippines proudly presents the PNPA Corps Publications’ KALASAG Magazine’s Special Issue for the Academic Year 2020-2021 with the theme: PUHON, Someday in God’s Time!

Consistent with the PANATA 2050 Program Thrust, Strengthening Outside Engagements, through the enormous support of the PNPA Director PMGEN Rhoderick C Armamento, with the Corps Publications’ Officer-In-Charge PLTCOL Louie DC Gonzaga, as well as the Cadet-In-Charge and Editor-In-Chief in the person of Crizaldo Uy Barcarse Jr. (Justice Leonor Ines Luciano Best Mooter Awardee), the KALASAG Magazine is materialized as the OFFICIAL ENTRY of the Philippine National Police Academy for the Catholic Mass Media Awards 2021.

It is noteworthy to mention that way back in 2007, the Corps Publications KALASAG Magazine was the recipient of Best Student Organ (College Level) award, highlighting Cadet’s journalism prowess.The prestigious competition was attended by then former President Gloria Macapagal Arroyo, as well as prominent personalities both in the mainstream media and all levels of the government sector.

To date, having been dubbed as the country’s esteemed and well-regarded training institution, the Philippine National Police Academy (PNPA) has gone through tough phases in recent times. From the ash falls of the Taal Volcano to this global helm of the pandemic – the Corona Virus Disease (COVID-19) – the Academy has been tried by fire time and again, yet chose to persist and defy odds to rise up and overcome these natural adversaries.

In the current uncertain times, we may not know exactly, why we suffer challenges that we think stretch to the depths of the inner core of the earth, that we think grind the hardest rock into pebbles then sand of uncertainties which poke the souls of the congregation and that we think during these times hands of the timepiece never move even a single second which makes hours longer than what it serve to be.

This KALASAG Special Issue echoes the hope of the Cadet Corps, the Youth, and the country’s honorable and faithful lands highlighting the highest virtues of “Love for God, Truth, Family, and Life; promoting respect for the country’s honorable lands and advocating the best Filipino Values.” Many as we may be in terms with belief and faith, yet we are one in prayer in the hopes that one day all our hardships in our lives as cadets will pay off, and that this pandemic pandemonium will soon – with God’s grace – come to an end.