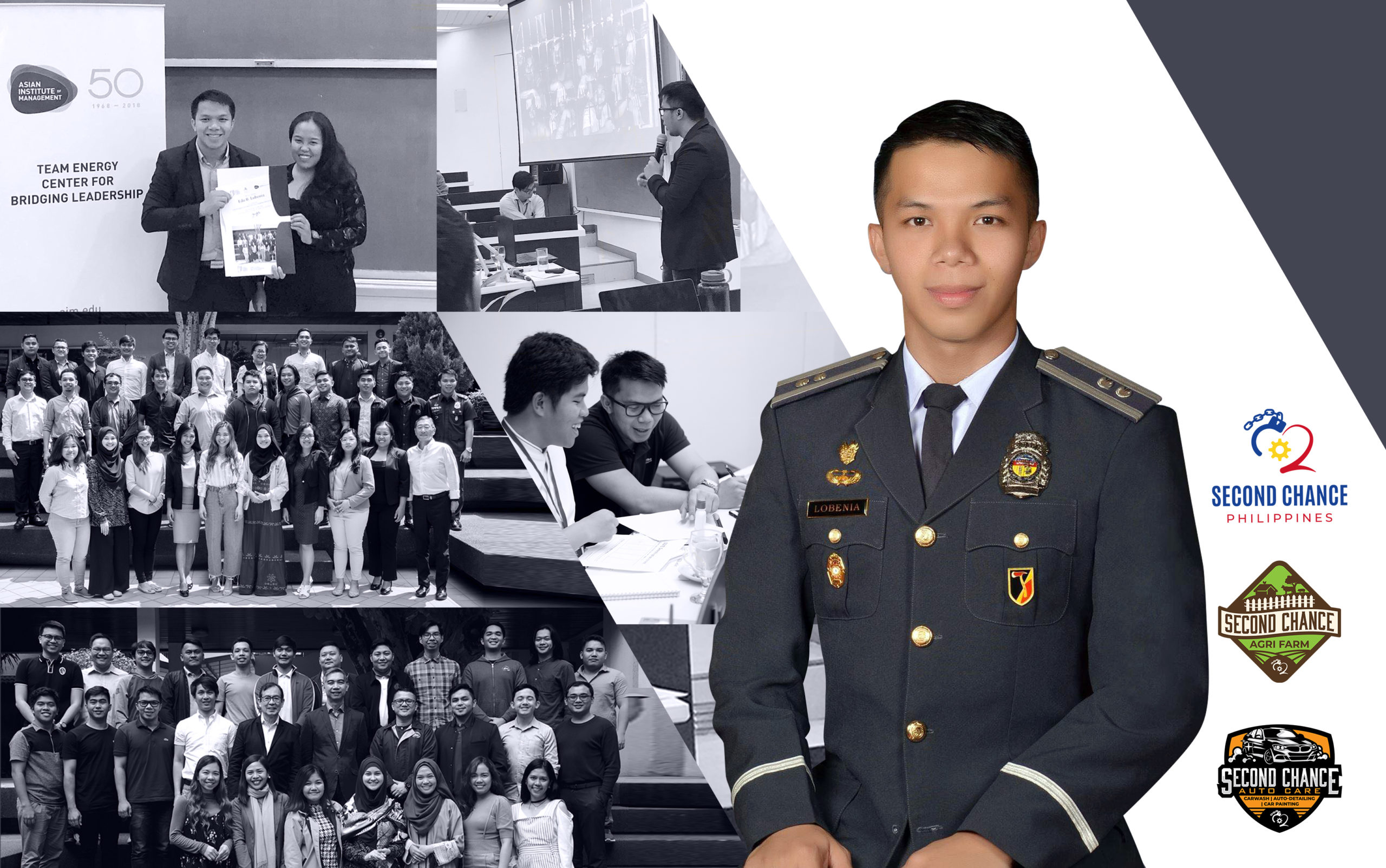 A Chance to Change, The Creation of Second Chance

“The social stigma that former jail inmates often experience after their release can be more punishing than incarceration itself” (Lobenia, 2021).

In our society, people are still having a hard time accepting former Persons Deprived of Liberty (PDL) after their incarceration, thus, giving the latter difficulty reintegrating into the society. The social stigma attached to being a former inmate causes prejudice that stirs the commission of another crime. To rectify such a problem, Philippine National Police Academy (PNPA) alumnus and Asian Institute of Management student JSINSP EDO BARDAJE LOBENIA instigated a project widely know today as the Second Chance Philippines under the light of the Future Bridging Leaders Program.

The Second Chance Philippines (SCP) is a change project of the Bureau of Jail Management and Penology (BJMP) on post-release employment services of PDL. It pillars in facilitating additional skills and livelihood training programs inside jails in preparation for the employment of the PDL. By the year 2030, the project envisions the creation of an inclusive society supportive in providing equal economic opportunities to former jail inmates as they reintegrate into the society’s mainstream.

Anchored to the United Nation’s Development Goals of having decent work and economic growth, it also targets to establish sustainable and inclusive economic progress while eliminating forms of inequality in the country. SCP desires to bridge the disparity between the former PDL and the members of the community they will be joining hence, establishing a strong and long-term relationship based on trust and mutual understanding. With the official launch of SCP, JSINP LOBENIA shed light on the new lives of PDL by giving them appropriate jobs.

In January 2020, JSINSP LOBENIA and his team started propagating their vision and building networks with local businesses in the Davao Region. With their strong commitment, they were able to include 15 former PDL in the employee’s roster of Surplus Davao (an agricultural product distributor) and another 20 in that of Jargon Construction Supply in November of the same year. Among those who bought the vision are several gasoline stations, spa, handicraft shops, and other enterprises which employed SCP’s referrals. Aside from creating livelihood programs for PDL, JSINSP LOBENIA was also able to pave way for smooth financial assistance for them.

Able to recognize the PDL’s urgent need for cash upon the release, the jail officer also formed ties with the E-Care Foundation to set up a loan assistance program, enabling 20 former PDL to avail cash loans during the pandemic with zero interest rate. In December 2020, UP Law Charivari, the University of the Philippines College of Law’s choir, performed an online concert and donated its proceeds to help fund the SCP. The monetary assistance benefited people like Jose Baguio who was a former PDL, a Lumad, and a person with disability.LOBENIA’s side has already helped numerous people, but they were not satisfied and decided to stretch the horizon of opportunity for former wearers of yellow shirts by establishing SCP’s two subsidiaries, the Second Chance Agri Farm and Second Chance Auto Care.

In partnership with the Department of Agriculture Region XI, Vitarich Corporation, and Cavalier Agrivet Supply, JSINSP LOBENIA put the idea of Agri farm manned by PDL into realization. Believing that they can be productive if only given a chance, he bought a small piece of land in Barangay Calinan, Davao City with his savings and allowed the releasees to engaged in legitimate agricultural endeavors. Meanwhile, some of the beneficiaries are already employed in Second Chance Auto Care, an auto shop providing car and motorbike washing, car painting, and auto detailing services. Others are now self-employed automotive painters and mechanics. At present, the BJMP commissioned officer pushes towards the legislation of an ordinance that will create the “Davao City Inter-Agency Coordinating Council on Social Reintegration of Former PDLs”.

The SCP has already made a great impact in terms of socio-economic difficulties the former PDL could encounter upon re-entry. With JSINSP EDO B LOBENIA’s initiative, a significant advancement on existing policies and development of the system in BJMP was achieved, and social reintegration and rehabilitation became much easier which means a lot to the former PDL and their families. By: Cadet 2C JOHN MARK J MAANDAL