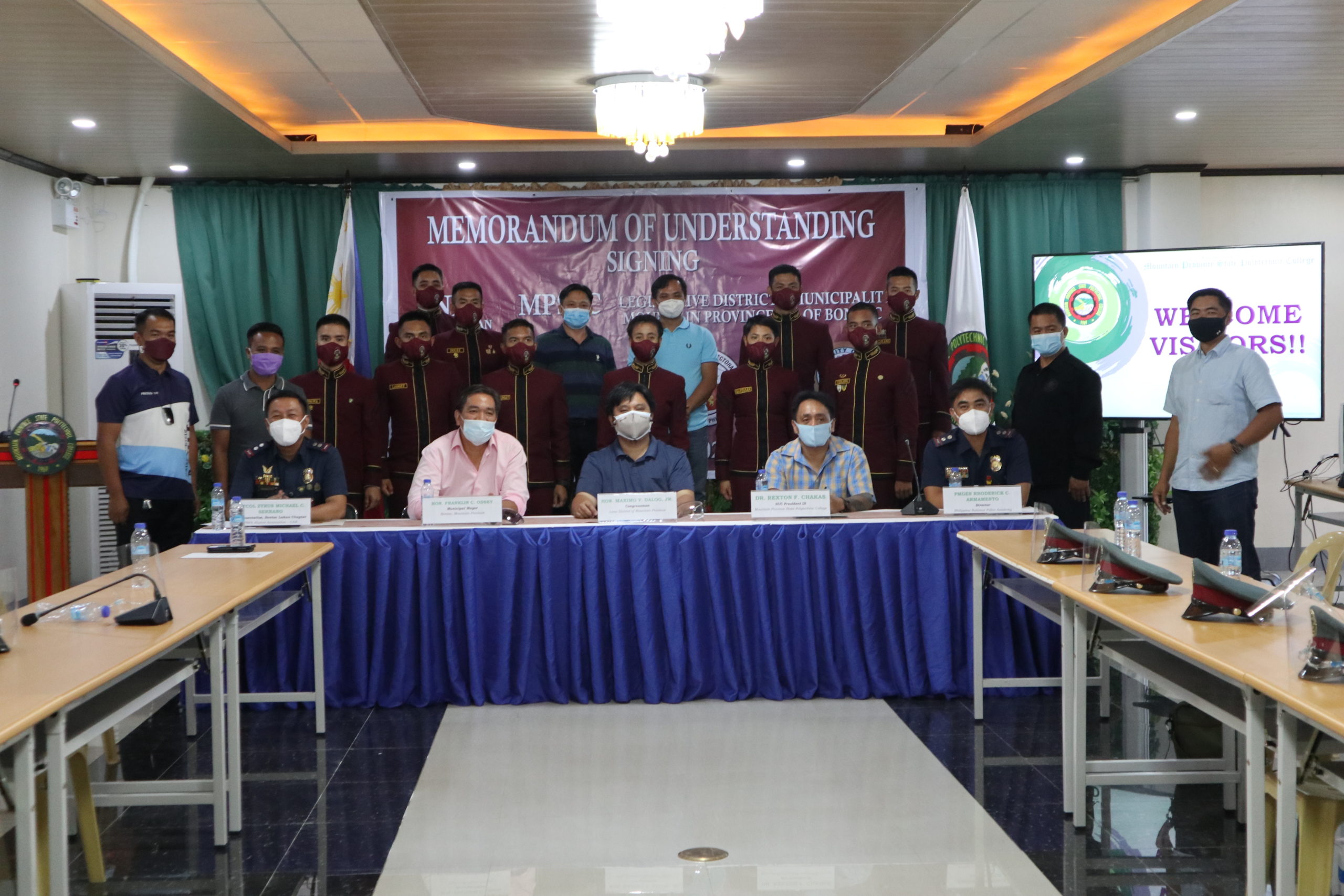 Guided by the principles of participation, partnership, and protection, the MOU provides an avenue for collaboration and partnership for the said organizations in bringing PNPA closer to the youth. It specifies the respective roles of the signing parties in assisting the PNPA in terms of promotion, information dissemination, and resource and personnel management concerning the conduct of the yearly PNPA Cadet Admission Test (PNPACAT). Likewise, the MOU commits all parties to assist all aspiring cadets of the province. This agreement gives rise to the opportunity of increasing the number of PNPA graduates coming from the province and to prevent the recruitment and exploitation of minors including students, out-of-school youth, and children of indigenous people (IP) by the insurgents.

Another notable provision of the agreement is the use of MPSPC as one of the permanent testing centers of PNPA. It permits the use of available classrooms and facilities free of charge in administering the said admission test. With these, the PNPA can save up on its looming expenses. The signing parties are determined to share this accomplished MOU as a model to the rest of the 33 testing centers across the country with one of its primary goals of turning all testing centers free of charge.

For the first time in the history of the PNPACAT, MPSPC, which is found at the heart of Cordillera in Bontoc, Mt. Province, opened its gates for PNPA. It pledged to offer its classrooms and other facilities for every conduct of PNPACAT. In the recent PNPACAT 2021 last March 7, Bontoc had 80% turn out of examinees. Out of its 200 successful online registered applicants, 159 were present and took the exam. The remaining slots were filled by 26 cross-examinees and 10 walk-in applicants, contributing to the 100% use of all examination paraphernalia prepared by the admission committee.

Initiated by Lakan or PNPA graduates of Bontoc, Mountain Province, the MOU was created to bridge the gap between the partnering organizations that share the common objective of producing competent and skilled professionals for the country. Through the combined efforts of all Lakans from Bontoc, a request letter was sent to Hon. Bonifacio C Lacwasan, Jr., the Provincial Governor of Mt. Province, soliciting his support of using MPSPC as one of the permanent PNPACAT testing centers. This paved the way for the realization of the signing of the said memorandum. Subsequently, another signing of MOU bearing the same agreement will soon follow between PNPA and the Office of the Provincial Governor of Mt. Province to cement the deal. By: CDT 3C BRETT DALES BANTIYAN MASLANG